My Network storage exploration never ends. So I recently received an Acer Aspire EasyStore H340 unit to play around. It came with Windows Home Server from the factory, but my idea was to find out how easy to install a different OS (my goal was to have FreeNAS on it).

There are many reviews about this little box so I'll just briefly describe what it is and what it can do. 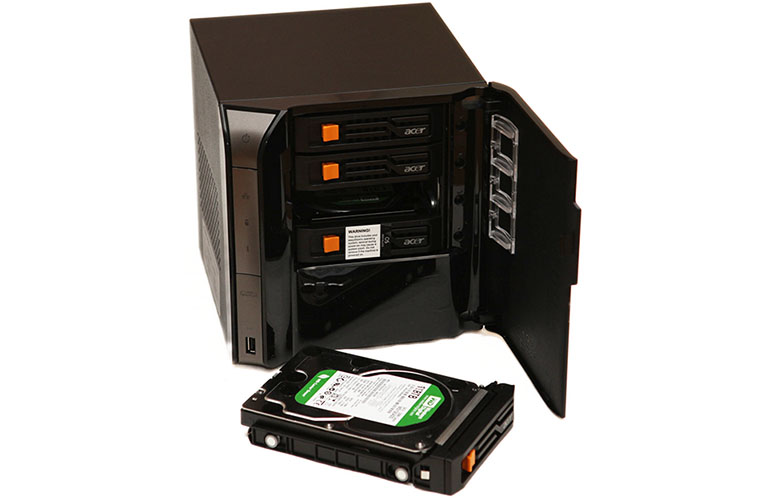 Some readers might ask "What's wrong with WHS? Why don't you want to keep it?". That's a good question.. I have several reasons:

The Acer EasyStore H340 does not have VGA output so it can not be connected to the monitor. In order to get it connected to the monitor you can either get a PCI-express 1x/4x Video card or make or buy a special VGA cable so you can use the onboard video (GMA950) for it. If you decide to buy a video card, that's okay, but I found it to be too expensive and it was cheaper for me to build my own cable instead. I built my own and it took about half hour and about $10 for parts ordered online. I used the pinout provided on MediaSmartServer.net forum. You don't have to have a full cable set with PS/2 keyboard and mouse. You could get VGA output working and use any USB keyboard/mouse connected to the H340 USB ports. 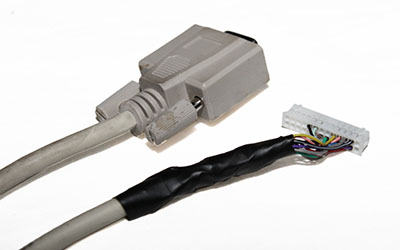 Here is how I connected my VGA cable:

You can find the exact DigiKey part numbers listed at the bottom of this article so you can order it and build the cable.

Originally I intended to get a USB Flash drive and install it internally using the front USB port. However, when I started to discover internals of Acer EasyStore H340, I found out that it has 256MB internal USB Flash drive on the board which can be used to boot into FreeNAS. It seems like this drive is used for recovery process when your WHS failed and that's what I'll be using to install and run FreeNAS from.

FreeNAS is on! But there is one little issue only.. The network card is not recognized so we can see "lo0" interface only. So there are two choices here:

I'm not going to describe method #1, it's easy enough to do it yourself. Just make sure you get a decent Gigabit card which is supported by FreeBSD/FreeNAS. I saw many based on Intel chipset for PCI-express on eBay for around $20-$30 or so.

The method #2 is more tricky when you are not familiar with FreeBSD so I'll try to explain it here in a few steps:

The problem is that myk0 driver is getting non-responsive after a reboot so after searching I found it's an issue with checksumming on the card and it should be disabled. It's fully described here. I did the following steps to disable it in FreeNAS:

After everything is working properly you can insert hard drives and start configuring your FreeNAS.

P.S.: Do not forget to change your default admin password just in case.

I'm going to put all issues I found after FreeNAS installation on H340. If I find some fix for it, I'll add them here as well.

Parts which I ordered when was building the VGA cable:

An alternative set of housing and terminators: